6 months on and Anthony still has no pelvic pain!

I can honestly say that I now feel better than I have for at least the last 10 years…. Maybe even 20!! With a new found freedom that comes with feeling great 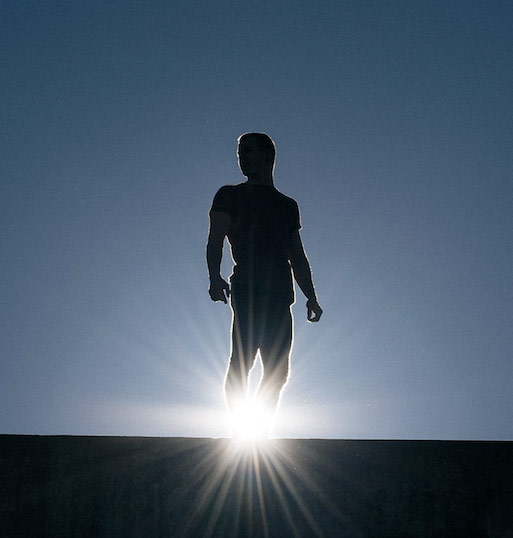 Many thanks to Anthony for sharing his recovery from pelvic pain story.   Anthony is a 52 year old Project Manager who’s symptoms began in September 2018 after a nauseatingly painful spasm in the perineum following a bowel movement. His symptoms began spreading to  include a strange discomfort in and behind his testicles, a sensitive bladder with increased urgency and pain in the tip of the penis and rectum. I had my initial Skype session with Anthony in early February and he came to London for his first face to face session in Mid Feb.

“I had been suffering for several months with chronic pelvic pain symptoms that were affecting me in terms of the both the continued discomfort and what seemed to be ever growing psychological burden of “was ever going to improve” and not wishing to participate in any social event or gathering.

I had visited the doctor on several occasions, been sent for blood tests, stool samples, colonoscopy etc., all without evidence of any significant issue other than haemorrhoid’s that I suspect may have been made worse by the doctors incredibly painful internal examination.

Even more frustratingly, although I knew what I was feeling, when I tried to articulate this to the doctors they seemed to look blankly at me, after all they could find no evidence of any significant problem and just suggested I go and wait for things to settle. But settle they did not.

My symptoms varied from changes in bowel habits, pains in my penis, strange sensations in my testicles, discomfort following ejaculation and the worst part which was the sensation of needing to urinate even when I knew there was absolutely no need.”

Reaching out to the Pelvic Pain Clinic

“Having searched the internet over and over it turned up the usual suspect… the prostate, however the overall symptoms didn’t seem to match up with what was being advertised, so my search continued until one evening when I stumbled across The Pelvic Pain Clinic website. My symptoms were described almost exactly.

This was controlling my life. I had no other means of support and I desperately needed to get a handle on it so I contacted Karl immediately to enquire about a consultation. Karl called me to discuss my situation and how we could proceed which culminated in an appointment for an initial consultation over skype, following which we progressed to a full face to face consultation at his London clinic.

Karl carefully took time to talk through and listen to my issues and what had been happening in the lead-up to my problems. The overall appointment took between two and three hours, after which we had identified several areas where I could make changes that he believed would bring some improvements in my situation. Karl carefully briefed me on how to proceed and we then booked a follow-up visit.

Following the initial visit I immediately began to implement the proposed management techniques and within days the symptoms began to improve. With this I then began to get much more ‘in-tune’ with what my body was telling me and adjusted things as I progressed. Some days better some days worse but the overall trend was that of improvement and I was beginning to understand what helped and what didn’t.”

I created a bespoke self care plan for Anthony that included suggested changes to his diet and nutrition, a specific movement/stretch routine to be implemented each day as well as a bespoke abdominal massage routine for him to implement morning and night. In addition I spent time explain to Anthony what inflammation is and what causes it, why our bodies become sensitive and over protective and how to manage and avoid pelvic pain flare ups. At his second face to face session I expanded on the principles of chronic pain and what the next steps in recovery from chronic pelvic pain entail. I provided Anthony with an updated movement/stretch plan as well as a gyn routine to increase self confidence, trust and robustness

“Within 2 months the symptoms were probably 80% improved, and a second visit to Kerl helped to re-affirm the progress. Within 4 months I had absolutely no symptoms and what has been an absolute bonus is that in learning what was needed to manage this problem I have also resolved several other niggling/chronic issue that I believed at the time were unrelated but I believe were ultimately intrinsically linked to the chronic pelvic pain syndrome.

Now at 6 months on from my initial visit to Karl, I continue with my new healthy lifestyle / regime and I can honestly say that I now feel better than I have for at least the last 10 years…. Maybe even 20!! With a new found freedom that comes with feeling great I must sincerely thank Karl for helping me to resolve my pelvic pain issue and move forward, not just in a state of recovery but with a continued elevated state of wellbeing.”

I want to thank Anthony for his openness and honesty in his account and throughout our treatment time together. This strong therapeutic alliance allowed me to create a targeted SMART (Specific Measurable Achievable Realistic and Time focused) treatment plan. The success in his recovery is entirely down to Anthony implementing the suggested changes, sticking to the plan and exploring the theories and principles around chronic pain and recovery from chronic pain