Mid-November 2015 in a very wet and windy Southampton Ruth Jones, Bill Taylor and Cameron Angus delivered the UK’s first course specifically focused on Male Pelvic Pain, Sexual and Urinary Dysfunction. This monumental event set the wheels in motion for an exciting future in the much needed field of Men’s Health and in particular the treatment of Chronic Pelvic Pain Syndrome (CPPS), Prostatitis, Erectile Dysfunction (ED) and Overactive Bladder Syndrome (OAB). 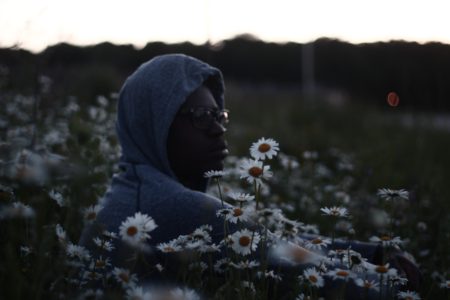 “The future is bright. The future’s Orange” was the slogan from one the UK’s leading mobile phone provider back in the 90’s. The company retired their campaign in 2008, trading it in for “I am” as an abridged version of their original idea “I am who I am because of everyone.” The ability to see into the future is limited in us mere mortals at best, Orange were no exception to this handicap and by 2014 they had ceased trading. They were no longer the future, they had become a fragment of our past, resigned to the dusty archives of Wikipedia. Their burnt sienna sun had finally set.

Over the past few years Ruth Jones and Bill Taylor had attempted on numerous occasions to run the course and for various reasons the course never came to fruition. If you had asked Malcolm Gladwell (author of the highly acclaimed book “The Tipping Point”) why this was he would argue that the mix simply wasn’t right at the time. He points to 3 influential factors in any Tipping Point:

So, is this a tipping point? Do we have the right ingredients? What would Gladwell say? Awareness in Men’s Health is growing. There are a small number of Men’s Health Therapists across the globe that are successfully treating CPPS, Prostatitis, OAB and ED. Statistics suggest that prevalence of these conditions is on the up, or is it just that we have better screening now and males are starting to talk about these conditions (“Stickiness Factor”)? Or is it now more acceptable to see a specialist about Men’s Health conditions (“Power of Context”)?

I would like to thank Ruth Jones, Bill Taylor and Cameron Angus for their work and the opportunity to study with them. After 5 years as a therapist treating male pelvic pain it genuinely feels like we are getting closer to a “Tipping Point.” The Southampton course attracted therapists from the UK, Israel, Iceland and Cyprus. We now have an international pose of “Private Detectives.” With Men’s Health Specialists across all corners of the globe the future of Men’s Health is bright, the future of Men’s Health is in our hands.